Rebellion against God results in an eternal separation from God, what the Bible calls the “second death.” God, being perfect in justice cannot “wink” at rebelliousness as mankind often does. The sin of rebellion has to be punished there is just no way around it or else God’s perfect justice is flawed. God established the only way to break the curse of sin (rebellion) was that someone had to pay the guilty person’s sentence. To do this, God sent His only Son to come into this world (in mankind’s bodily frame) where He would experience life as a mortal man. He would live a life in complete harmony with His Father’s directions with zero rebellion. His life of complete obedience meant that he was the only completely innocent man to ever occupy earth and therefore, uniquely qualified  to pay for mankind’s sins.

Over the millennia, untold thousands of “basically good” people have found themselves in extremely difficult situations they couldn’t control, like imprisonment and torture. They were powerless to defend themselves or change their circumstances. Some view the tribulations of Jesus to be like this but His case it is quite different, 180 degrees different. Far from being a helpless victim, His torture was an extreme test of His restraint of not using the power available to Him.

God’s concept of one just man paying for the rebellion of mankind is not new, it is clearly revealed by the prophet Isaiah who lived 700 years before Christ. Isaiah 53: 8-12: (NKJV)

He was taken from prison and from judgment, And who will declare His generation? For He was cut off from the land of the living; For the transgressions of My people He was stricken. And they made His grave with the wicked—But with the rich at His death, Because He had done no violence, Nor  deceit in His mouth. Yet it pleased the LORD to bruise Him; He has put  to grief. When You make His soul an offering for sin, He shall see  seed, He shall prolong  days, And the pleasure of the LORD shall prosper in His hand. He shall see the labor of His soul,  be satisfied. By His knowledge My righteous Servant shall justify many, For He shall bear their iniquities. Therefore I will divide Him a portion with the great, And He shall divide the spoil with the strong, Because He poured out His soul unto death, And He was numbered with the transgressors, And He bore the sin of many, And made intercession for the transgressors.

So, this was all part of God’s plan.

Since this article is about restraint, lets look at some of the power that was available to Jesus. These are just a few of the 37 miracles that Jesus accomplished  that are listed in scripture:

Power over sickness and disease, healing the blind, deaf and lame and those with leprosy. Matthew 8:1-4

Power over nature, saying to the storm, “peace, be still,” and knowing where to catch fish. Matthew 8:23-27

Power to knock down a whole squad that came to arrest Him: John 18:6, “As soon then as he had said unto them, ‘I AM’ , they went backward, and fell to the ground.”

So, there is no doubt, Jesus had a lot of power at His disposal. But what about His restraint?

How’s this for restraint?

Luke 22: 63-65, “Now the men who held Jesus mocked Him and beat Him. And having blindfolded Him, they struck Him on the face and asked Him, saying, “Prophesy! Who is the one who struck You?”  And many other things they blasphemously spoke against Him.

And how about this?

Mark 15:15-20, “So Pilate, wanting to gratify the crowd, released Barabbas to them; and he delivered Jesus, after he had scourged Him  to be crucified. Then the soldiers led Him away into the hall called Praetorium, and they called together the whole garrison. And they clothed Him with purple; and they twisted a crown of thorns, put it on His head and began to salute Him, ‘Hail, King of the Jews!’ Then they struck Him on the head with a reed and spat on Him; and bowing the knee, they worshiped Him. And when they had mocked Him, they took the purple off Him, put His own clothes on Him, and led Him out to crucify Him.”

Who among us (if we had the power to stop it) would allow this to happen to us? Why did Jesus let this happen? For the joy in knowing the outcome.

Hebrews 12:2, “Looking unto Jesus, the author and finisher of our faith, who for the joy that was set before Him endured the cross, despising the shame, and has sat down at the right hand of the throne of God.”

And, what was the outcome that kept Him from resisting striking back?

Isaiah 53:10, “Yet it pleased the LORD to bruise Him; He has put  to grief. When You make His soul an offering for sin, He shall see  seed, He shall prolong  days, And the pleasure of the LORD shall prosper in His hand.”

It was the completion of the pleasure of His Father which is: Millions of people saved by the blood of the Lamb in fellowship forever in God’s eternal kingdom.

Here is the completed Plan from God’s view:

Revelation 21:2-4, “Then I, John, saw the holy city, New Jerusalem, coming down out of heaven from God, prepared as a bride adorned for her husband. And I heard a loud voice from heaven saying, “Behold, the tabernacle (dwelling place) of God is with men, and He will dwell with them, and they shall be His people. God Himself will be with them and be their God.” And God will wipe away every tear from their eyes; there shall be no more death, nor sorrow, nor crying. There shall be no more pain, for the former things have passed away.”

So, Jesus’ restraint was tested and proved solid, completing God’s Plan. What caused His restraint was His love for His Father and love for the objects of His rescue, all those who would say “yes” to God’s offer of adoption into His eternal family.

We never know what a day will bring; make today be your day of salvation. 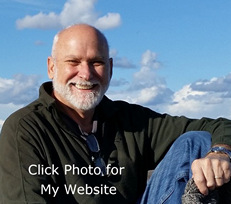 If you want to be notified via E-mail of new posts, please request in a comment. Your email is not shared or published.